The head of Credit Counselling Services in Vancouver says the number of people coming for help was up seven per cent this year and there’s no sign that pace is going to let up.

And making matters worse, the jump followed a nearly 30 per cent increase in 2011.

“Not only did it grow, but we’re seeing that the average indebtedness of consumers continues to creep up,” Hannah said of his clients.

Both Bank of Canada governor Mark Carney and Finance Minister Jim Flaherty spent much of the year warning Canadians about the perils of too much debt.

Lured in part by low interest rates and trapped in part by a booming real estate market that has driven up home prices in the country’s largest cities, Canadians have been borrowing like never before.

According to Statistics Canada, the household debt to income ratio has risen to a record high of 164.6 per cent in the most recent assessment, approaching levels reached in the United States before the housing crash of 2007-08.

There are differences between Canada and the U.S. — including a far smaller percentage of subprime loans — that suggest Canada won’t suffer a meltdown of its own, but the money will need to be paid back eventually.

However Alexander said even if interest rates rise modestly, Canadians will be able to cope.

“The bigger risk would be an unemployment shock.”

The European financial crisis, the U.S. fiscal cliff or a slowdown in the Chinese economy all loom as bigger risks than a potential rise in interest rates.

“Any of these large scale external shocks could really weaken the Canadian economy and if that happened unemployment would go up and then you have a bigger risk that Canadian households could really cut back on their spending,” Alexander said.

“But so far we’ve navigated through the risks since mid-2009 and I think we’re going to continue to do so.”

But Alexander says Canadians still need to moderate their debt growth. That means the economy will have to look elsewhere for growth in 2013 after riding the consumer, real estate and government sectors since the recession.

“Those three areas cannot be the drivers of economic growth going forward. Consumers are carrying enormous amounts of debt. Real estate is likely to be flat to lower and governments are tackling their fiscal deficits,” he said.

“We have to get growth out of business investment and exports because that’s the only two other sectors of the economy.”

According to the Office of the Superintendent of Bankruptcy Canada, consumer insolvencies for the 12 months ended Sept. 30 were down 5.2 per cent compared with the preceding 12 month period.

But the numbers don’t tell the whole story — while consumer bankruptcies were down 10.7 per cent, consumer proposals increased by 4.7 per cent.

Hannah said this is a sign borrowers are seeking help earlier, but noted that it is also a sign that they may not be able to access other alternatives such as consolidating their debt with a new loan.

Tighter mortgage lending rules, which placed new restrictions on home equity lines of credit, could be a reason, he said.

“It has been scaled back now. So that has an impact on some consumers as well. They can’t keep using their house as an ATM machine,” Hannah said.

But both Alexander and Hannah said Canadians have a chance right now to reduce their debt.

The Bank of Canada is expected to keep its key rate on hold for now, giving Canadians a window to reverse the trend and start reducing their debts before costs start to rise.

“Ultimately interest rates will get nudged a little higher and every quarter point increase in interest rates is going to have a bigger impact than in the past because Canadians now have more debt,” Alexander said.

“We have an opportunity for Canadians to slow down their debt growth and allow their finances to rebalance as their incomes rise, so you don’t have to go through a painful adjustment.”

Specialized in website design and CRM for Insurance Advisors, Financial Advisors, Mortgage Advisors and Accountants in Toronto Canada. Our web-based application helps Advisors in North America to manage their website as well as keeping a constant communications with their clients via Newsletters, Ecards, Direct Mail, Marketing Campaign and more.

We're not around right now. But you can send us an email and we'll get back to you, asap. 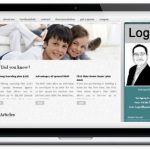